Investigating the applications of domestic models of Hydroflow descaling device

The domestic model of Hydroflow descaling devices is for average homes. Installing a home model will protect your water heater, pipes, pumps, and appliances from problematic build-up of hard limescale and will gradually reduce existing limescale as well. The device is placed around the pipe, it is suitable for all types of pipe material and it works independently of the flow rate. This model also protects light commercial appliances such as solar hot water panels, ice machines, etc.

How does the home model of the Hydroflow descaler work

Hydropet technology uses an AC electrical signal to prevent the formation of hard lime deposits on the surfaces of pipes and equipment.

Lime deposit is formed from calcium carbonate dissolved in water in the form of electrically charged ions. When the state of water changes (temperature increases or pressure decreases) then the water becomes supersaturated and ions precipitate. Settling must occur at a “nucleation center” or starting point, and this is provided by the surfaces of the pipes and equipment. Therefore, the lime deposit is formed as a hard solid mass on the surfaces.

With the HydroFlow descaling device’s Hydropet technology, the electric field manipulates electrically charged ions and forces them to form clusters (loose collections of ions). Then, when the water is heated, these clusters act as nucleation centers and tiny crystals (50-50 microns) are formed suspended in the water. These crystals are washed by the water flow from the system and the surfaces of the pipes and equipment remain clear and without deposits.

The benefits of the home model of Hydroflow descaling devices 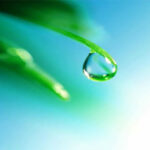