Hydroflow descaling agent is the best alternative to resin hardener 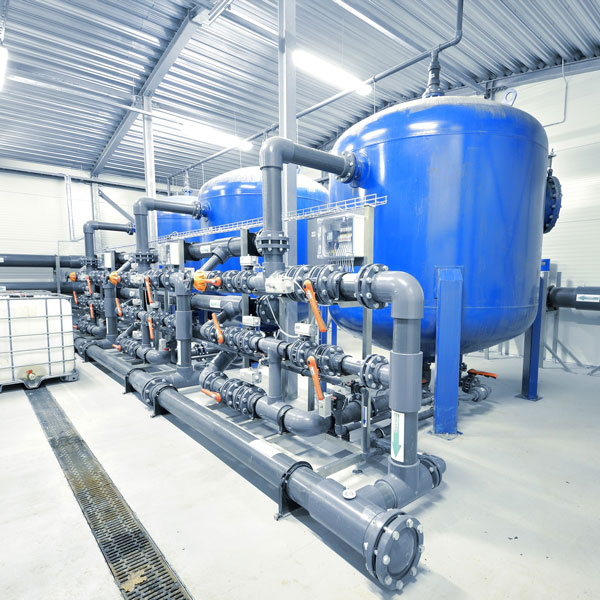 This technology is the only descaling that can work without the use of resin hardener and alone in air conditioning and industrial facilities. The most important success factor of Hydropet company in England since 1992 and in Iran since 2005 (2005) is the complete removal of resin hardener for hard water descaling. The complete removal of the resin hardener was initially met with opposition and ambiguity by experts and construction and facility supervisors, which is due to the inefficiency of similar magnetic sediment removers. Currently, chillers with a capacity of 4000 tons of refrigeration in Tehran since 1387 and 8000 tons of refrigeration in Kashan since 1390 are being operated with the removal of resin hardeners and without chemicals.

Currently, despite the high water hardness in all the projects of Radin Gostar Sina company, the resin hardener is removed from the circuit because it does not have the ability to remove sediment from Hydroflow. Hydropet UK hardener and descaling agent is able to produce radio waves with a frequency of 120 to 200 kHz and emit them stably in the piping circuit and related fluid. The emission of radio signals causes the formation of crystal particles inside the fluid, and these symmetrical crystals do not stick to the surfaces and move away from the critical area (heat exchanger, boilers, etc.) with the fluid flow.

Since both anion (carbonate and bicarbonate) and cation (calcium and magnesium) components are needed to create stable calcite crystals, which consists of calcium carbonate and magnesium, the use of resin hardener removes cationic salts. and the stoichiometric balance of anions and cations is disturbed and the performance of the Hydroflow descaling device is reduced. The importance of this unique technology in the world is due to the ability to use raw water with hardness and without the need to design sedimentation, hardening and water purification systems in industries. The volume of water in washing resins and reclamation operations is about 8 to 15% of production water.

Relationship between deposition and corrosion in hard water and soft water

It is very difficult for the operator to create a balance between the sedimentation potential and water corrosion, due to the reciprocal relationship between them. Practically, during the use of resin hardener, by removing hard solutes, such as calcium and magnesium, and converting hard water into soft water, sedimentation is reduced, but the tendency to corrosion is greatly increased and requires the injection of chemical and anti-fouling substances. On the other hand, hard water has a high sedimentation tendency due to the presence of salts such as calcium and magnesium.

The only logical way to control these two problems at the same time (sedimentation and corrosion) is to use a solution that prevents sediment from settling in the equipment without changing the hardness of the water. In equipment and turning to chemicals and anti-corrosion. Hydroflow descaler is the only descaler that works directly with hard water and does not allow the formation of sediment and corrosion. With a simple decision, you can play your part in controlling sediment, corrosion and saving water.

In brief, the following headings show the comparison between Hydroflow descaling agent and resin hardener.

It requires installation space in the engine room and service and maintenance space. This space should be considered in the economic comparison between two devices.

It is installed on the existing pipes and does not require any additional occupied space in the engine room.

There is a need for additional piping in the potable water piping circuit to connect to industrial lines and expansion sources. The plumbing fee should be considered in the economic comparison.

It does not require additional piping, and by removing the hard circuit piping, it reduces the implementation cost and installation speed.

Comparison in terms of shipping and installation and related costs

In addition to being time-consuming, the preparation, transportation and installation of resin hardeners are costly for the workshop.

Hydroflow sedimentation devices are very small so that they can be carried and moved by hand and their installation is very quick and easy. It takes a maximum of 30 to 40 minutes for each industrial device.

The life of resins is limited and 5 to 6 years depreciation of resins should be taken into account in the calculations of the investment return time.

It has no consumable parts and the power consumption of the device is very small (25 to 55 watts).

Comparison of the effects of chlorine and chlorine shock

Free chlorine, which is used for disinfection, severely damages the resins and reduces their life. If the chlorine shock of 8 to 10 ppm is unintentionally hardened, the resins actually lose their effectiveness.

Chlorine compounds or chlorine shock do not affect the anti-scaling performance of Hydroflow.

Comparison in terms of tolerance of maximum working pressure

Hydroflow descaling agent can be used in any working pressure that pipes and equipment can withstand. Zero to 1000 bar or more, Hydroflow performance is independent of pressure.

Comparison in terms of contaminating and making water non-drinkable

Hardened water has substituted sodium salts, which is not suitable for drinking, so it is not installed in coil sources or plate converters, and the converters always have sedimentation problems.

Hydroflow sediment trap does not change the chemical composition of water and PH and does not introduce any substance into the water and can be installed in all sanitary and non-sanitary installation circuits.

By removing calcium and magnesium from hard water, its sedimentation rate is reduced, but its corrosion potential increases. Soft water or water that has zero hardness is highly corrosive. The amount of measurement of corrosion and deposition potential is measured by the deposition-corrosion index.

Hydroflow hardener reduces the corrosion potential, in addition to not allowing the formation of sediment, it makes the internal surfaces positive by creating a high frequency current in the entire metal piping circuit. Hydroflow descaler is the only cathodic device for the inner surface of pipes.

The white scales that form on the outer wall of the faucets indicate improper backwashing with salt water, which causes the passage of salt water and chloride ions, and this causes the pipes to corrode.

The life of resin hardener depends on its components such as: metal body, sprinklers, valves, etc., which usually requires 6 to 7 years of overhaul due to increased corrosion and chlorine ions and other issues.

Hydroflow descaling agent has a lifespan of more than 30 years. Hydroflow household devices and descalers have MTBF of about 4.36 years, and the industrial series has IP68 and is completely waterproof and dustproof.

Hydroflow sediment trap is a European green technology and does not contain any chemical substances or chemical effluents harmful to the environment.

The resin hardener is saturated and needs to be regenerated and washed regularly with 10% concentrated salt water. The amount of bekwash is about 8-12% of production water, which causes water wastage of at least 8-12%.

Hydroflow descaling agent does not need to be washed, and this saves about 8-12% compared to resin hardener.

Comparison in terms of performance in waters with very high hardness

The efficiency of resin hardener decreases with the increase of TDS and TH.

The resin hardener reduces the slope of sedimentation inside the facility by producing soft water, but as hard solutes pass through the resin hardener over time, we see the formation of sediments inside the piping circuit and equipment. These deposits reduce heat transfer efficiency and increase energy consumption.

Hydroflow descaling agent is a green technology that, in addition to preventing the formation of sediment, also separates old deposits of mineral salts from systems and equipment such as boilers, chillers, heat exchangers, and cooling towers.

Hydroflow descaling agent has many advantages over resin hardeners, which result in saving energy, not polluting groundwater, the environment, and not using chemicals.

Be with us with the campaign to remove resin hardeners.

Examples of projects where the resin hardener has been removed:

1- Descaling and preventing the formation of sediment in the central engine room of Tehran Sed and Sima with a capacity of 4000 tons of refrigeration by removing the resin hardener since 2007, and the confirmation of customer satisfaction has also been obtained from Sed and Sima.

2- Descaling and preventing the formation of sediment in Saipa Kashan’s main and secondary engine room with a capacity of 8000 tons of refrigeration by removing the resin hardener since 1390, for which the confirmation of customer satisfaction has also been obtained from Saipa Kashan Company.

3- Descaling of hot water boilers 130 degrees Celsius production line of McMaccaron company since 1388, which customer satisfaction certificate has also been obtained from McMaccaron company after 8 years of continuous operation of boiler fire pipes on the water side like the first day of new and They are without sediment and rust. 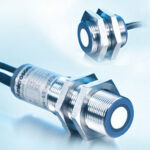 PrevThe important secrets of ultrasonic hardening that they don't want you to know!?!25 December, 2017
The performance of Hydroflow degreaser in removing biofilm31 December, 2017 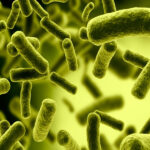 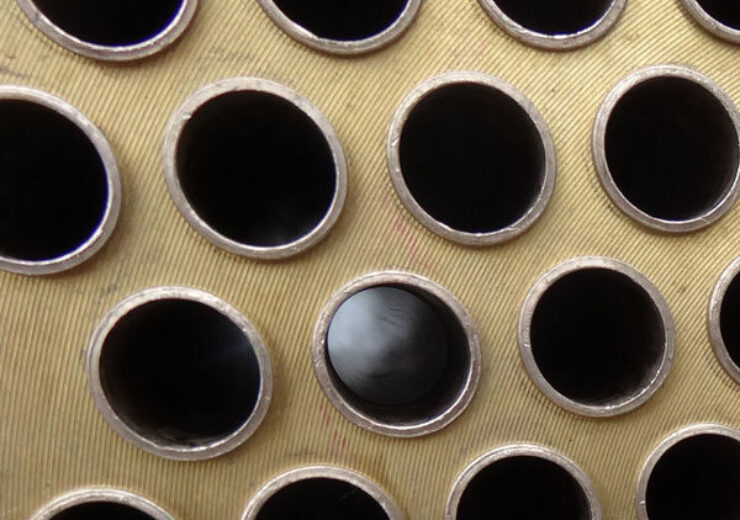 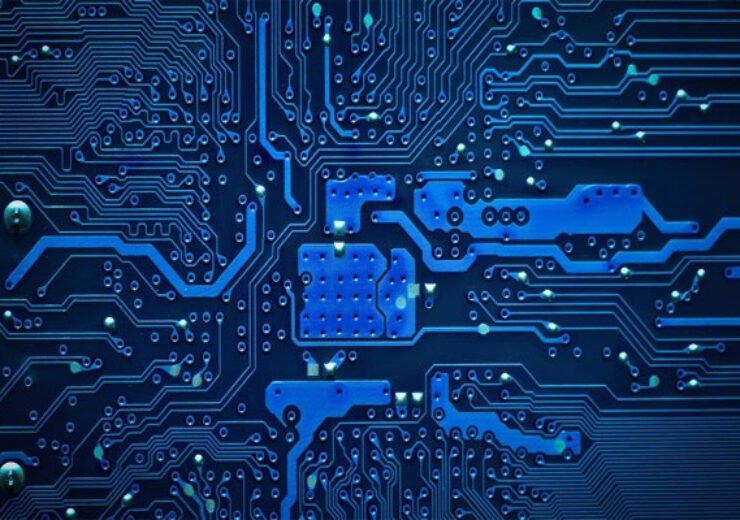 The use of electric induction in Hydroflow descaling devices for descaling...